Take a quick tour in the following languages: 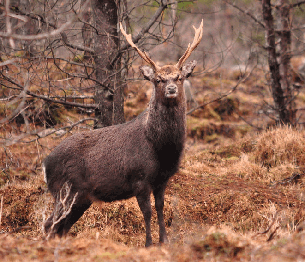 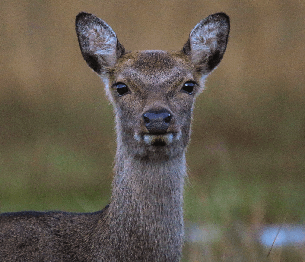 Sika Deer originated from the Japanese Islands in North Eastern Asia and were introduced to Britain in the 19th century. Similar in appearance, although smaller than the Red Deer, the Sika Deer has very different habits and provides different challenges for the hunter: a secretive animal who will hide at the first opportunity, an exciting quarry in dense cover. The majority of the British population is in Scotland, particularly in the north and west but small pockets can be found throughout the UK. The population is however growing and expanding into new areas. The stags antlers are cast in March/April and by August most stags are in hard antler, i.e. antlers are clean of velvet.

Sika are better able than other Deer species to maintain body condition throughout the winter, especially in habitats that are in poor condition or less fertile. This may help to explain why Sika hinds tend to be more productive than other species of Deer in woodland habitats. Generally Sika are crepuscular in their movement patterns, visiting feeding areas at dawn and dusk. Sika commonly graze nocturnally under the cover of darkness. The opportunity for encountering Sika significantly increases at first and last light when they are moving to and from feeding areas. Seasonally, Sika move less than Red Deer, and do not congregate on wintering grounds in the same way as Reds. 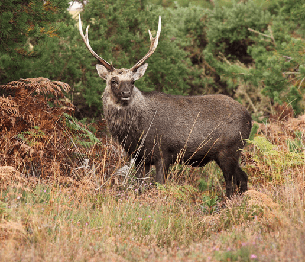 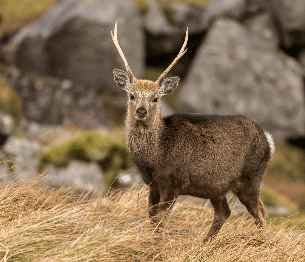 Can a Rifle be provided

Generally we organise accommodation for your stay at whatever level you prefer from self catering to 5*.

All required permits arranged at time of booking.

Dependant on location of shoot.

Please consult with Hendry, Ramsay & Waters at time of booking for up to date airline carriers that allow firearms to be transported.

We use cookies to ensure that we give you the best experience on our website. If you continue to use this site we will assume that you are happy with it.Ok